Seven months. It’s probably the longest I’ve gone without writing since I met my husband 4 years ago. It has been an uphill battle just to survive these last 9, 10 months or so. Depression turned into severe mood swings cycling through every mood in the human reservoir (with irritability featuring as every other emotion) every hour of the day. I slept 18-36 hours at a time and had nightmares. Being awake was a nightmare. I felt nothing, I was numb. Eventually, at some point around 4 or 5 months ago, I started listening to my body more; the cravings for a natural lifestyle were overwhelming, to say the least. I was sick of trying every drug under the sun to control my lupus and pain. I was sick of taking anti-depressants that obviously were not working. I was sick of eating junk food and binge eating. I was very sick.

The first step to rediscovering myself was to take control of my medication and diet. My body wanted natural foods, so I started adding more and more fresh veg to meals, eating fruit, drinking more water. I came off the anti-depressant. I did it cold turkey. I figured there was no point titrating it; it was doing nothing for me. Within days I felt happier than I had in months. After around 6 weeks, my symptoms returned; not as severe but certainly extremely marked. I also started on a new-old treatment for the lupus and arthritis that exacerbated my symptoms and, at one point, sent me into a severe neurotic, bordering psychotic, episode. I made the decision based on my gut instinct.

Yes, I wanted a cleaner body, as chemical-free as possible. But I also needed the disease to be under control. I re-introduced the anti-depressant, and at present I take it just two days a week so I can take the treatment for the lupus. The trouble is, the combination for the lupus (Etodolac and Prednisolone) was the first thing to work. Last year I went through codeine, tramadol, buprenorphine, fentanyl, even morphine. I eventually opted to go back onto an anti-inflammatory drug and, perhaps unsurprisingly, my pain drastically reduced. Etodolac was prescribed as a long-term sustained-release option, but wasn’t controlling the disease; with the re-introduction of Prednisolone at a low dose, all my pain, all my symptoms, were virtually gone. I couldn’t give that up, having spent months wanting to die to escape the pain, having had to suffer the humiliation of needing to be lifted out of bed, waking crying at night with joints that had locked, being put into and out of the bath, and being dressed head to toe by my husband, all at the age of 27. As much as I want to be chemical-free, I’m glad I’m on a regime that currently works; especially knowing what I know now (we’ll come to that later).

Back to the anti-depressant, having just taken it blithely day after day for month after month seems to have been masking the real issue; making me believe I had depression and that was that. But I know now, the real issue was not depression. I’m awaiting assessment for Level 3 care (high intensity therapy) to help me understand and manage my depressive episodes better, but the depression is only a part of a bigger picture. We ruled out bipolar a long time ago, before understanding the different levels. There’s not just bipolar I and II, but III, IV, and V.  It’s a broader spectrum. Like lupus. If you had to put lupus into five levels, I’d probably be a four. So we can’t rule out bipolar. However, the diagnosis that ticks every single box, every diagnostic pointer, and explains so much of my behaviour, my feelings, my beliefs since childhood, is borderline personality disorder. It helps to explain my difficulty in maintaining close friendships. My irrational but sickeningly real fear of abandonment. My permanent belief of, “I’m not good enough, I never will be, everyone is better than me”, “I’m only ever good enough to have potential, I’m never good enough at anything to have a purpose in life”, which leads to the suicidal thoughts of, “People would be better off without me”. I ended friendships based on this fear and this belief. I left my job in part because I was overwhelmed with feeling this way.

As my pain improved, and when the depressive episodes lifted and I had a burst of motivation, I began to step onto my yoga mat again. And it is through this, and the yoga community, I believe I found my path. 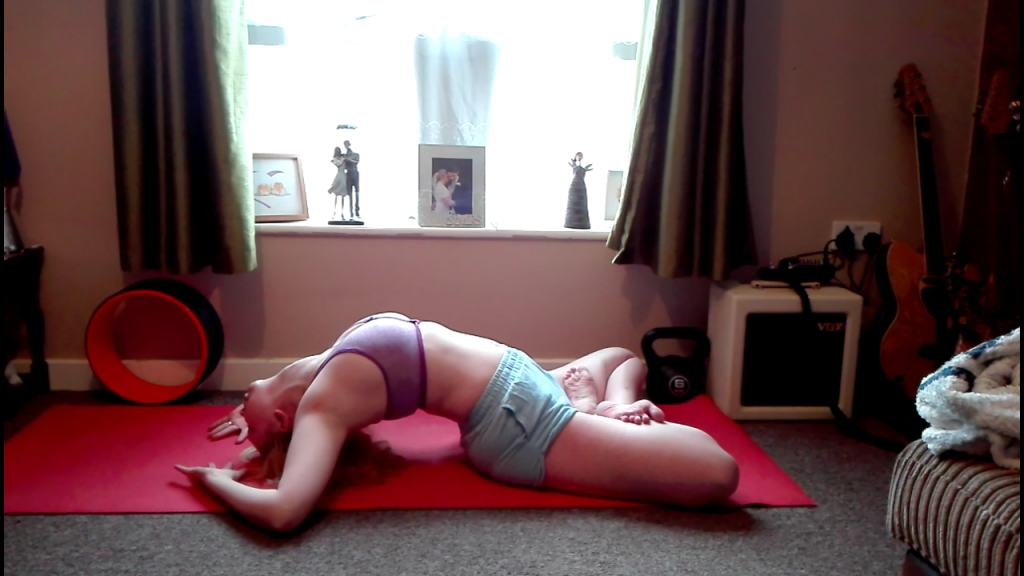