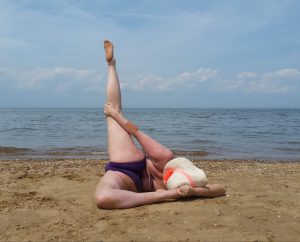 Having seen an increase in sharing accounts without accredited sources for their content, it would do social media users well to read the following. If you post images on social media, particularly Instagram, you need to be especially aware of this.

Even though it isn’t possible to directly lift photos from Instagram, it is possible to get hold of the image without crediting the source, via a repost/regrann app. What usually happens is if you want to repost someone else’s image – say a flyer for a yoga challenge – you’ll download your reposting app, hit the three dots next to the image, and go ahead and “Re-gram” the image. What these apps do is they automatically save the photo to your device AND copy the text that goes with the image with a note either on the image or in the text stating the original source (e.g. “Regrann from @lauradestefyoga”).

What too many sharing accounts are doing is uploading the photo and not pasting the text or tagging the owner. They post the image with their own hashtags and promote themselves. No mention, no credit, NOTHING to suggest that the photo they have just posted does not belong to them. Under Instagram rules this constitutes “impersonating another user”. Under wider law? Theft of intellectual property.

If you are a sharing account you’ll gain credibility through crediting your sources. Us yogis love our work and words being shared. What we don’t love is someone taking our photos and using them behind our backs without acknowledging that they don’t own them. You’re gaining followers for something you haven’t spent 10 years of your life working towards being able to do. That’s not cool.

Most of the accounts who don’t share nicely ignore all comments requesting accreditation. Even when it’s the owner of the image themselves asking them. They simply don’t read the comments. Or if they do, they ignore them. Which makes them even less deserving of the tens of thousands of followers they have. Integrity is everything.

If you’re a sharing account and you credit your sources: thank you! We’re cool with that. We’re glad you like our work enough to share it AND to say to people “hey, we think @abcdexyzyogaetc is SO awesome here’s what he/she/they can do”.

If you are a yogi who has had their work stolen by a sharing account, then you need to report it. Instagram are known for being shoddy with their customer services but keep pushing them. If another account is posting your images without your consent and without tagging you, it is theft of intellectual property and under Instagram law they are impersonating you. By Instagram’s own rules this is not allowed. So pursue the accounts who lift your photos and report them to Instagram every time they do it.

It may help somewhat for yogis to begin either watermarking or putting a noticeable text line on every photo posted so that, if it is lifted and reposted, at least you know the image is still linked back to you and everyone who sees that image will see your Instagram handle and know the photo does not belong to the sharing account. There’s a chance that, if the sharing account is being deliberately unlawful, they might try to manipulate the photo and erase your mark. So try to position it on the image so that the photo itself will be compromised if they try to colour over your text. A tiny line in a corner is no good. Better than nothing but so so easy for sharing accounts to remove. I know it detracts from the image but until Instagram gets its act together and stamps down on accounts posting images that don’t belong to them, or until the people behind these accounts develop a conscience, we’ll have to do something to protect ourselves.

It is a compliment to have your photo shared. But the biggest compliment is to be credited for it. 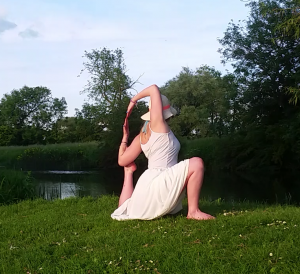